WAT Medical’s innovative technology to treat all primary headaches, HeadaTerm, received its FDA clearance in September, 2018. This product, already approved by CE, HC, and now FDA, has been distributed in over 20 countries around the world. It has now officially entered the U.S. market as an effective treatment for migraine headache.

HeadaTerm uses precision Transcranial Electrical Stimulation (TENS) technology to target the pain receptors in the brain via neuromodulation. By sending a particular frequency of electrical stimulation, pain-relieving hormones like endorphin are released, which results in higher pain-tolerance against primary headaches. Studies have shown that insomnia is one of the common symptoms that show a positive correlation with migraines. Further research and clinical trials have revealed that for patients who experience both symptoms, relieving migraines also resulted in better sleep patterns, thus reducing insomnia. Depression is another common symptom that has been associated with migraines. Professor Mourad Tayebi, who specializes in Biomedical Sciences at the School of Medicine at Western Sydney University, has researched about this topic, and after studying the mechanism and interaction of HeadaTerm with the nerve nuceli, clinical evidence suggests that HeadaTerm could be used to treat patients who experience depression. 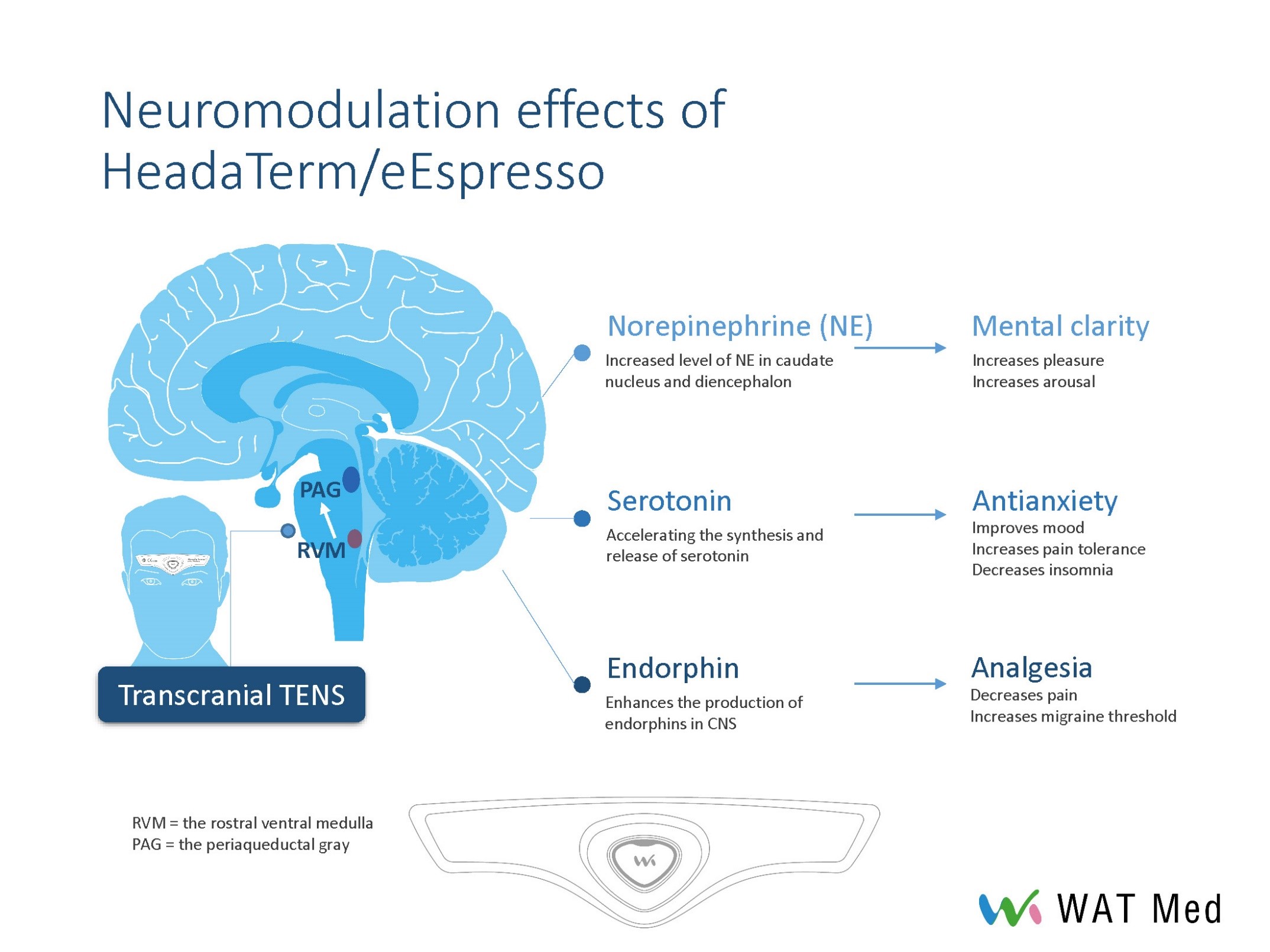 TENS has been studied extensively for the past few years, and many have shown that it has the potential to influence the visual cortex to improve spatial perception and modulation transfer function. Upcoming projects of WAT Medical could potentially focus on modifying the TENS technology used by HeadaTerm to target other areas of the body.

Dean
https://www.watmedical.ca/
Previous Post B. Medical Logistics Ltd. Becomes the Strategic Partner of WAT Med in Israeli Market Next Post Finland Company Terveystekniikka Oy to Participate in I love me 2018 Health Expo with WAT Med’s Signature Medical Devices
You must be logged in to post a comment.